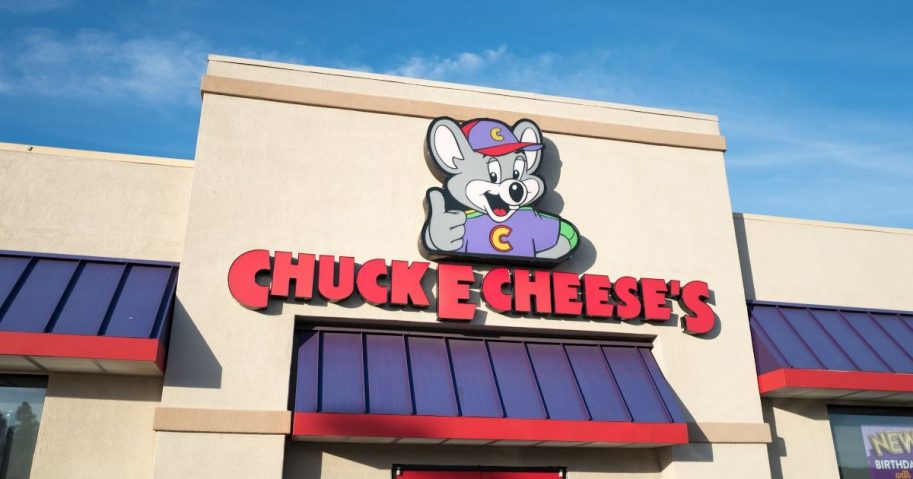 When thinking of Chuck E. Cheese, customers typically picture a giant performing mouse and a game room full of kids — not the pizza.

Given that, it shouldn’t be a surprise that the restaurant chain has lost a lot of business since it was forced to close its doors because of the coronavirus.

Due to the business loss, Charles Entertainment Cheese and his mouse band have resorted to unusual ways to drum up lost revenue.

Several “za” lovers across the country who thought they were supporting a new local bistro called “Pasqually’s Pizza & Wings” were shocked when they found out they’d been swindled by the iconic mouse.

Pasqually’s cover was blown after a West Philadelphia resident who thought she was supporting a local business caught onto the charade and posted it on Reddit.

TRENDING: While Celebrities Tell Americans ‘We’re All in This Together,’ Pat Sajak Has a Different Message

Tried to support local business via Grubhub tonight… Pasquallys pizza and wings ended up being an alias for Chuck E Cheese. Well played from r/philadelphia

Different locations of this “new hotspot” have popped up on different food delivery apps like Grubhub, Uber Eats and DoorDash throughout California, Illinois, Pennsylvania and Texas.

This new alias raises the question: What makes Pasqually’s pizza different from what you’d get from Chuck E. Cheese?

Have you been bamboozled by Chuck E. Cheese or Applebee's during quarantine?

After word got out about the iconic birthday party location’s bogus restaurant, Chuck E. Cheese started trending on Twitter and most people found the scam to be quite humorous.

Chuck E Cheese is selling their food as “Pasqually’s Pizza” on food apps because no one wants to order Chuck E. Cheese pizza for delivery and I think this is nominated as the funniest part of this pandemic

Me realizing that I just got pizza from Chuck E. Cheese after ordering from Pasqually’s pic.twitter.com/3aXzpzYPUf

Chuck E. Cheese isn’t the only chain swindling customers into thinking one thing but getting another.

Applebee’s created a misleading listing called “Neighborhood Wings” and it didn’t sit well with some.

I thought it was funny when I read last week that Chuck E Cheese is delivering pizza as a restaurant named after one of its animatronic characters but now Applebees is delivering as Neighborhood Wings. That sucks when so many of our actual neighborhood restaurants are struggling.

According to Food & Wine, unlike the Chuck E. Cheese rip-off, the new wing spot is listed as “Neighborhood Wings by Applebee’s” on food delivery apps and is available at nearly 750 locations.

Scott Gladstone, Applebee’s vice president of strategy and development, insisted that misleading customers was not the intention. Rather, the idea behind the name was to give them options that aren’t on the regular menu.

“We launched Neighborhood Wings by Applebee’s on GrubHub to make it even easier for guests to get their wings fix and to give us the opportunity to test out new items made for wing lovers that aren’t on our main menu,” Gladstone told “Today.”

With these two chains spicing things up a bit, who’s to say whether this incognito restaurant trend will continue through the rest of the pandemic?